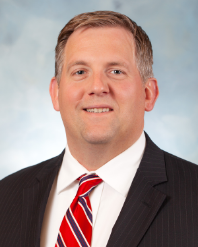 Jason Prokop is the External Affairs Manager at the Nebraska Department of Transportation (NDOT).  In this role, Jason helps grow relationships with elected officials, local governments, community organizations, and citizens throughout the State of Nebraska in the process of bringing awareness to NDOT transportation projects and operations taking place all across the state. Jason is a Crete, Nebraska native and returned to his home state after spending several years working in the Washington, DC area.  He served in senior positions for United States Senator Ben Nelson, including serving as Legislative Director and as a senior policy advisor.  Following his service in the United States Senate, Jason was the Chief of Staff to the CEO at the National Association of Insurance Commissioners, which is the U.S. standard-setting and regulatory support organization created and governed by the chief insurance regulators from the 50 states, the District of Columbia and five U.S. territories. Jason received a Bachelor of Science degree from Nebraska Wesleyan University, where he double-majored in Political Science and Communication Studies.  Jason, his wife Jennifer, and their two children live in Lincoln.